In some bad news for borrowers, the Bank of England has raised interest rates to their highest level in 14 years.

The increase has taken the rate from 3% to 3.5% – the ninth consecutive increase and the forecast for 2023 is that rates will continue to rise, with analysts predicting a peak of 4.5%.

The latest increase means that homeowners with tracker mortgages will face extra repayments of £49 per month on average, while those with variable mortgages will be paying an extra £31 per month.

Figures released by major lender, Halifax, have shown a 2.3% fall in house prices in November – the biggest fall since 2008. With a 1.5% drop in December 2022.  Things seem to be predicted to stabalise a little in January 2023.

While the fall might sound concerning for some homeowners looking to sell, the rapid rise in asking prices over the past few years means that annual growth in property prices is still 4.7%, with prices having increased £46,403 on average since March 2020 when the Covid pandemic began.

In some positive news for homeowners struggling with the cost of living squeeze, mortgage providers have promised to do more to help.

This follows a meeting between major lenders with Chancellor Jeremy Hunt, the chair of the FCA and MoneySavingExpert’s Martin Lewis.

The help will include allowing borrowers who are up to date with their payments to switch to a new mortgage deal without having to do another affordability test, letting customers switch to an interest-only mortgage for a set period of time, and increasing the mortgage term to lower the monthly repayments.

Lenders have also pledged to provide more tailored support for individuals, with highly trained staff on hand to help those struggling.

Why now is the perfect time to sell

There are plenty of reasons why it could be a great time to sell, starting with the Boxing Day boom.   This has proved to give the market a boost and buyers and seller are increased confidence and are ready to make there move in 2023.

According to leading property portal, Rightmove, the day after the big one is their busiest day of the year for website traffic, with last year’s figures increasing by 21% compared to Boxing Day 2020, which itself saw a huge 54% increase from the previous year.

And it’s not just Boxing Day that sees all the action – the website reported 51 million visits between 26th December and the first working day of the new year in 2021, so having your property on sale over the festive period could lead to a quicker sale than you think.

The 10 Happiest Places to Live Revealed

A survey by Rightmove has revealed the UK’s top 10 happiest places to live, with St Ives in Cornwall taking the top spot for the second time in three years.  Knocking Hexham off last year’s top spot!!

Last year’s winner, Hexham, has dropped to the fourth spot and is one of six English towns on the list, which also includes three Scottish towns and one in Wales.

Check out the full top 10

I would like to wish you all a very happy 2023, we are here to help with all your moving needs…

For more property news and updates and a more detailed overview of the Tyne Valley area, get in touch with Kirsty Hodgson Bespoke Estate Agent based in Prudhoe.   We are your local property experts. Call or text us on 07787573390 or email info@kirstyhodgson.co.uk 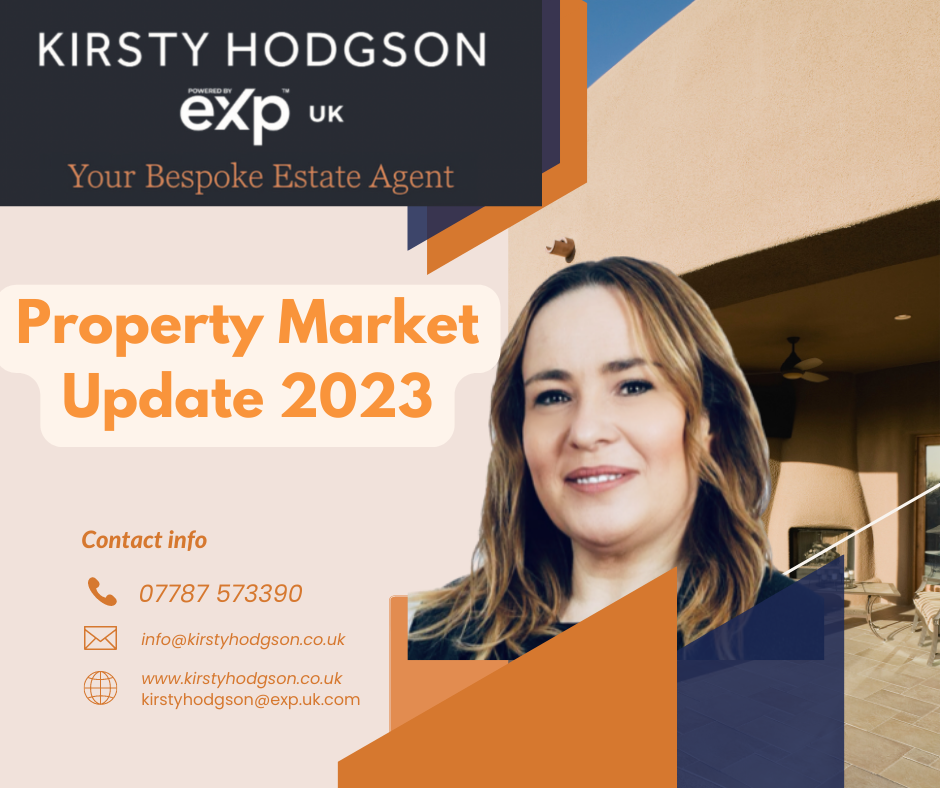 Your enquery has been
successfully receved.

You have Successfully
been regsitered as a buyer.

Register as a Buyer